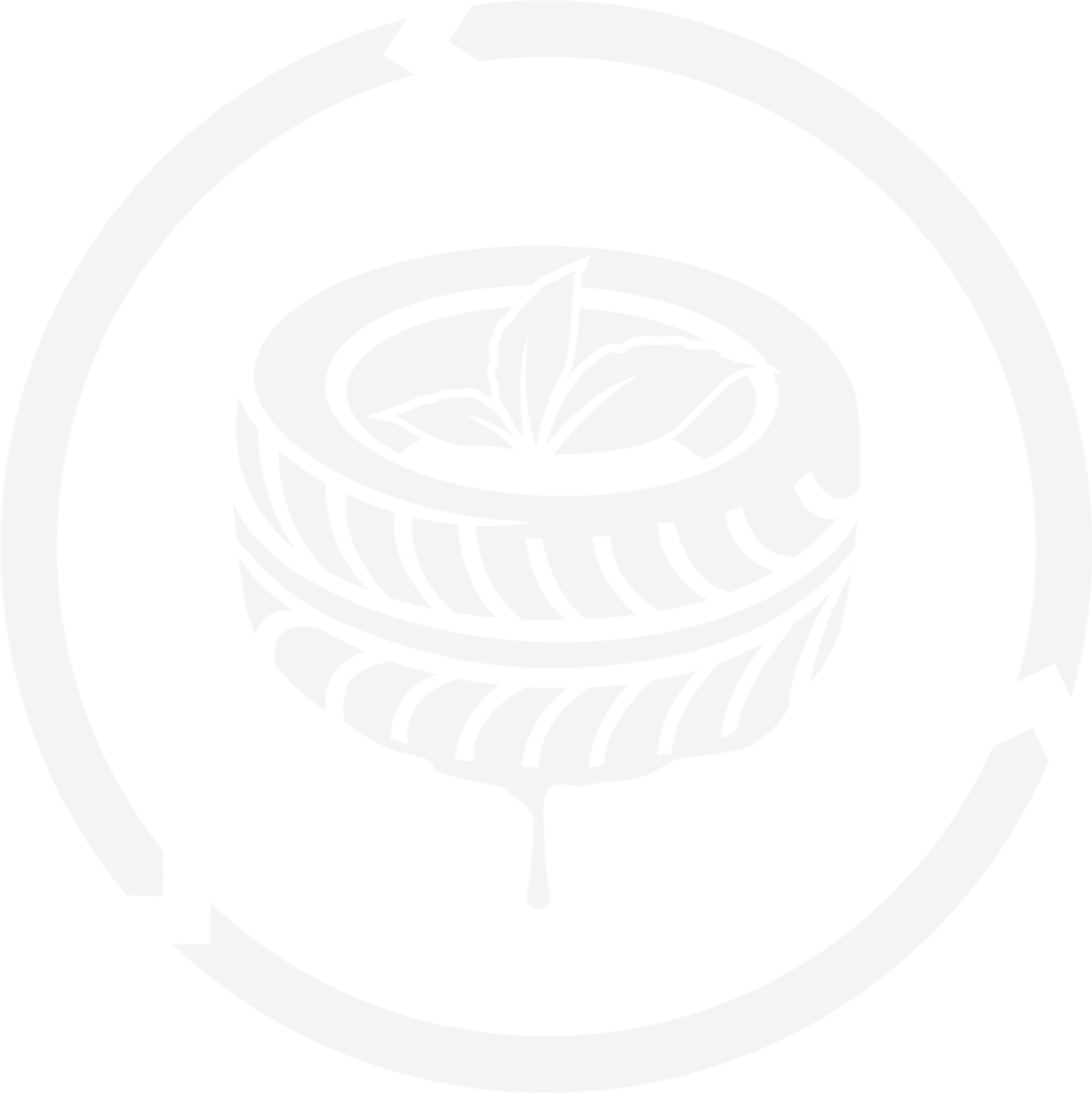 The plant can be used for some chemical processes that is related to heating to temperatures that are no more than 700 degree. Pyrolytic process actualizes in a cylindrical, horizontal retort, which rotates around its longitudinal axis transferring a heat from the coolant to waste (raw materials) through the wall of the retort. The coolant washes wall retort outside. Rotation provides an artificial convection solid layer and, therefore, an intense heat transfer also.

As a result of the pyrolytic process of combustible materials form carbon residue (pyrocarbon) and gas (pyrogas, a mixture of vapors and gases). External heating use precludes mixing of pyrogas with coolant or pyrolytic product’s share in the external heat transfer processes.

Carbon residue of most types of waste has very similar properties, this is easy to cut and to separate metallic and solid mineral inclusions, and also it may be directed to the combustion or gasification.

In most cases, carbon residue is crushed to a coarse powder in the pyrolytic process by oversleeping rotating retorts like grinding in a rotary mill with a strong mineral and metal turn facilitates the grinding themselves to it without suffering. Autogenously grinding residue of pyrolytic process makes easier the facilitates automatic unloading of the retort.

Fibrous metallic inclusions, such as steel cord tire, are separated from powdered carbon residue in a rotary retort and are formed a compact felt a cord that can be easily removed. In a raw pit can be added supplements (such as chalk) to neutralize the corrosive and toxic substances (such as hydrogen halides in the pyrolytic process of halogen-containing polymers).

Pyrogas can be cooled to condense vapor hydrocarbons to produce liquid fuels - pyrolytic oil, or directly sent to incineration or gasification. Thus, a diversity of raw materials leads to two uniform products - pyrocarbon and pyrogas (pyrolyticoil), which can be burned (gasify) on the same equipment regardless of the type and condition of raw material. Burning of pyrocarbon and pyrogas makes many times less highly toxic substances than direct incineration. Pyrocarbon (and all the more so a pyrolytic oil) has much greater a heating value than raw materials, such as solid waste or waste wood chemistry, which allows effectively burn or gasify them at high temperatures. Pyrolytic products of rubber and plastic can be used as raw material of oil processing petrochemicals. Pyrocarbon easily is crushed; often it happens during the pyrolytic process, which allows preparation and effectively implementation aeropyl coal-fired furnace or gasifier. PIROL plant consists of several modules (can be taken to pieces and transported by standard truck or container, a very mobile solution).

At the base of the oven is rectangular steel frame, is attached to a foundation by anchor bolts. The gyrating retort PIROL is a metal cylinder of heat-resistant steel, which are welded to the ends of massive steel trusses. The retort is based on roller bearing plant on a frame at loading and unloading ends of the furnace by bandages. Reference station of the furnace’s discharge ends is a double roll support. The presence of flanges on the support rollers prevents sliding of the retort from the rollers.
At the discharge end of the furnace on a bandage of a retort is mounted a fan-shaped girth gear to provide a drive for the retort. The girth gear is meshed with a gear on the output shaft of a drive station, which is mounted on a frame. Drive station transfers to the retort furnace a rotation with intended frequency, so this is an aggregate of the gearbox and motor with variable direction of rotation. On the frame is installed heating chamber, which is a metal casing, that is lined inside with fire proof and heat-insulating materials on the basis of ceramic fiber.

Heating chamber spreads a retort along its entire length, except its bandages. Retort is heated by convection and radiation from the coolant that is moved in the gap between the wall of the retort and lined heating chamber hot combustion products. There sealing devices tightly overlapping annular gap between the wall and the end wall retort heating chamber, which are mounted to prevent a gas exchange between the heating chamber and the atmosphere at the ends of a heating chamber. Anti-friction sealing elements of sealing device are pressed against by the tape and slide on the surface of a shroud ring which is welded to a cylinder retort.
Sustained gas at a pressure in the heating chamber is lower than an atmospheric pressure, which prevents blow-by into the atmosphere and promotes cooling by an ambient air, sealing devices. To be able to work with a solid fuel, the lower part of the heating chamber is designed as a storage hopper bottom ash falling from the hot gas stream. Periodically it is makes removing of ash from the chamber by screw. Raw material is loaded into the retort through the loading door in the end of the retort. A lid of the retort provides tight closing, and its size, shape and position make it possible to use for loading a raw loader. On the inner surface of the retort is installed a spiral rib for better axial mixing of raw materials in the pyrolytic process and for promoting pushing residue to the discharge end face retort when it unloaded. After the process of pyrolytic process the retort is cooled by blowing heating chamber by cold air.

Carbon residue is discharged from the retort through the discharge mouth retort and unloader. A residue, at the time of the retort’s rotation, rises to the unloading throat through a spiral rib, setting inside the retort at the discharge ends of it, and then falls into the discharge device. Handling device is a screw conveyor, at the lower end of which is carbon residue discharge valve, and at the top - tube drainage pyrogas. The combination of a screw conveyor and a lead of pipeline of pyrogas in one device allows to use the screw to remove fuses of pipeline from the walls. Connection the discharge end of the retort with unloading device is sealed by radial sealing device. After unloading a friable residue, the loading door is opened and are extracted large aggregates of the residue, such as a felt cord, resulting from the processing of steel tires. Module for burning pyrogas and getting coolant for furnace with retort is universal (all-purpose) furnace PIROL.

To prepare crushed pyrolytic carbon from a carbon is need equipment which is a module for preparation a solid fuel. Using a magnetic separator it is possible to separate a carbon residue from ferromagnetic inclusions. Further, large, solid, hard to crushed of (metal, stone, glass), separated by a drum classifier. Then, free from solids pyrocarbon is crushed by a hammer mill ground to the desired particle size. In most cases (such as in the processing of polymers and rubber), carbon residue discharged from the retort, is suitable for direct combustion in the furnace PIROL and fuel preparation system is not required. Module that condensates liquid products of pyrolytic processing is a capacitor-separator PIROL

In the case of using the unit to produce liquid pyrolytic products, such as the processing of rubber and other polymers, pyrogas from the retort is directed for cooling to condense and separate liquids. The condensation is carried out in a vertical tube bundle condenser-cooler. Pipe compartment is irrigated by pyrolytic oil which is circulating in the system using a centrifugal pump. Pyrogas is cooled by oil and forms a liquid pyrogas condensing surface, preventing the formation of fuces. The heat of condensation and cooling water is taken, moving in the tube spaces. Water is cooled in a cooling tower, spray pond or cooling pond.

The combustion products contain harmful substances (nitrogen and sulfur oxides) and solid pieces (ash, soot). Cleaning and cooling of the flue gases before release into the atmosphere is exercised by scrubber PIROL is double-vane foam machine. Perforated vane of the unit are irrigated by suspension of calcium carbonate (chalk, limestone) in water. Dust is trapped by a foam, sulfur oxides are bind by calcium carbonate to a safe gypsum and then taken off as gypsum slurry. The module consists of exhauster, providing bridging hydraulic resistance foam apparatus and flues, and maintain the necessary vacuum in the heating chamber of the furnace.

Coolant (flue gases) at the time of leaving the retort oven is hot and contains a significant amount of heat energy. Usually this energy is utilized in the boiler plant, which works in conjunction with the installation of pyrolytic processing. If the installation of pyrolytic processing works independently, then this energy is used to preheat the air which comes to the unit receiving the coolant (furnace). The process is carried out in a metal Convective recuperator. Apparatus is a steel shell and tube heat exchanger: hot coolant moving in the pipes, the air - in the tube space. The use of heat recovery system reduces fuel consumption by 30 - 50%.